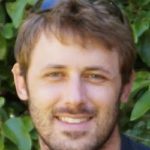 I am a general practitioner currently working in Somerset West in the Western Cape. I spent a little more that 2 years working in a small town north of Vancouver in British Columbia, Canada between 2012 and 2014.

It was there that I started to become a bit more aware of the debate around euthanasia. It has been a prominent topic in Canada for some time and in fact since I left there it has now become legal in Canada and will be rolled out in practice soon. Abortion was made possible by renaming the unborn as “non-persons”, but euthanasia is even worse in allowing people to kill others without even relabelling them. This is such a rapid change in cultural thought in the space of a few generations. It strikes me that our own children might kill us in our old age and think nothing of it.

Euthanasia strikes a cord inside me as something fundamentally wrong and the thought that we might soon as a human society be sanctioning humans killing other humans and even pretending that it is a good thing is deeply saddening.

In my experience in Canada I found the underlying world view and culture to be heavily weighted towards valuing individual autonomy over and above all other moral values. In the end this means that the right to be selfish and to allow others to be selfish without interference overrides any other moral value a lot of the time in the cultural thinking.

I have noticed that here is a lot of fear and ignorance about the process of dying. Many people are unaware of what can be done to alleviate pain and suffering and I have seen some people change their view on euthanasia when they become educated about palliative care.

These fears are exaggerated and played on by activists to achieve their agenda. I have also noticed that a lot of people have a knee-jerk reaction when asked how they feel about euthanasia. Many people have a simple immediate reflex thought of “Well I would not like to suffer” without thinking through to the end result of legalising something like euthanasia.

Often it is not true concern about the person who is suffering but rather a fear and projection that we ourselves would not like to be in that position; a desire to hold onto power and avoid vulnerability that in reality actually despises the weak and vulnerable because of their weakness and vulnerability.
It is often the wealthy, powerful, young and fit who are pro-euthanasia.

One of the real problems is that there will be many victims. Just this week I was confronted with the reality of our society’s indifference over love. An elderly patient of mine who has dementia was in need of some medical equipment for the sake of her comfort. The home nursing sister expressed doubt that the family would get them for her. I was surprised as I know that this patient has more than enough money to cover her medical expenses. The nursing Sister remarked that she thinks the family would rather try and keep her expenses to a minimum, even though she has more than enough money, as they are hoping that she might die before too long and they do not want to use up too much of their inheritance before then. For this reason she is also not on a medical aid.
Is this not an obvious pitfall of legalising euthanasia? How can anyone with any life experience claim that people would not end the lives of family members for the sake of money or that elderly would not ask for euthanasia out of a sense of guilt that they would otherwise be a burden on their families emotions and finances?

The more one thinks about it, the more the issue of choice becomes a complex one. I have become aware of Rene Girard’s Mimetic Theory which is becoming more prominent in philosophy now that neuroscience is evermore confirming the nature of humans’ developing, learning and behaving through mimicry.

To quote Rene Girard (French historian, literary critic, and philosopher of social science whose work belongs to the tradition of anthropological philosophy ): “The experience of death is going to get more and more painful, contrary to what many people believe. The forthcoming euthanasia will make it more rather than less painful because it will put the emphasis on personal decision in a way which was blissfully alien to the whole problem of dying in former times. It will make death even more subjectively intolerable, for people will feel responsible for their own deaths and morally obligated to rid their relatives of their unwanted presence. Euthanasia will further intensify all the problems its advocates think it will solve.”

I feel that we in South Africa have a different cultural world view to Canada (and a great variety of world views for one Country) and have a chance of preventing euthanasia and it’s terrible consequences; Though the threat of collapsing into standard Western cultural norms is always a looming possibility. Preventing euthanasia will require us to be more active that the activists and we will need to constantly keep the voice of the victims alive.