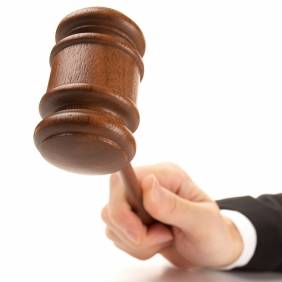 [The SAMJ has not yet published this as at October 2016]

Your article in the SAMJ of June 2015 “Judge nudges dormant euthanasia draft law” is factually incorrect on a number of points. Nevertheless it is a correct summary of the reasons for decision given by Judge Fabricius in his judgement. Judge Fabricius reached his decision in a reckless manner, with approximately 30 different procedural and factual irregularities, in the space of one day without the opportunity for proper verification of the facts, nor giving the opposing lawyers adequate time to prepare because of the extreme and manufactured urgency of the case. Such outcome or judgment reasons would not have been reached had proper due process been followed. I am concerned that your article lends credibility to a scandalous abuse of judicial power and his dismissal and failure to understand the medical and ethical issues before him.

Of particular relevance to your article:
1. The 1998 Law Commission Report did not find in favour of euthanasia and this point was repeatedly made in the report itself and in its associated press releases. The law commission report presented three alternatives: First to not legalise euthansia, keeping the law as it is, and the second two alternative proposals to legalise euthanasia.

2. The SA Law Commission Report was submitted to the legislature and discussed on at least nine different instances. It went to the Justice committee, the Health committee and was discussed in the National Assembly and the National Council of Provinces. It did not find sufficient support from any political party or individual to merit it being put to a formal vote and died a quiet death being finally abandoned in 2004.
– The judge therefore did not ‘nudge’ it forward but usurped the power of the legislature to push forward his own ideas.

3. The judge failed to properly consider, understand or respond to the medical affidavits submitted by Doctors for Life and the Health Professions Council and contradicted himself in his failed attempt to do so.

4. The arguments you correctly quote used by the judge, I have responded to elsewhere. Essentially, the SA Law Commission Report summarised arguments for and against euthanasia which it received as submissions. The judge chose to copy and quote only from the ‘for’ arguments in that report, while ignoring the rebuttal arguments and apparently failing to understand them.

I would therefore argue that the judges actions should have been reported as a scandal.