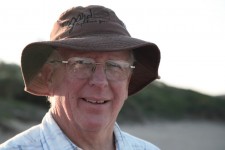 Letter to the Editor

The subject of legislating active euthanasia has again been brought up in the media. The
case used to motivate it is tragic. A doctor in New Zealand, who was dying of cancer, tried
to starve herself to death. That suggests that she was deeply depressed, because
suicidal ideation “appears exclusively linked to mental disorder.”1 Her son, visiting from
outside the country, found himself her lone caregiver, restrained in some way from looking
for help by the wording of her ‘living will.’ He got drawn into her desperation. He was not
medically trained, and did not consider her to be depressed. Eventually at her request, he
gave her an overdose, using crushed morphine pills she was hoarding for the purpose.
He has been arraigned on a charge of murder.

This case is a sad story of terminal care gone wrong, and a rebuke to her medical
caregivers. Depression identified and properly treated leads to the withdrawal of a request
for suicide in over 95% of cases. It is surely not a case which should gain sympathy for an
idea medical practitioners have rejected since Hippocrates – for the past 2300 years.
Active euthanasia is an idea which South Africans especially, should not be considering.
In his Nuremburg War Crimes Trials Report in the New England Journal of Medicine in
1949, Leo Alexander wrote: “… it became evident to all who investigated that they (the
crimes) had started from small beginnings. The beginnings at first were merely a subtle
shift of emphasis in the attitudes of physicians. It started with the acceptance of the
attitude, basic in the euthanasia movement, that there is such a thing as a life not worthy
to be lived. This attitude in its early stages concerned itself merely with the severely and
chronically sick. Gradually, the number of those included in this category was enlarged to
encompass the socially unproductive, the ideologically unwanted, the racially unwanted,
and finally, all non-Germans. It is important to realize that the infinitely small wedge – the
lever from which this entire trend of mind received its impetus – was the attitude toward the
non-rehabilitable sick.”

Germany’s progression down the ‘slippery slope’ from eugenics (killing the terminally ill
and the suffering at their request) to killing the mentally ill, the aged and the disabled
‘weaklings’ (for whom the gas chambers were originally designed) took 15 years. It then
took only 4 years to genocide.

Ah, but that was Germany under the Nazis. Surely such abuse can only happen with such
a government? Eugenics was started as a ‘good idea’ before the Nazis took control. Their
regulations were initially tighter than those found in our own Law Commission’s draft
regulations on voluntary euthanasia in 2000.

And consider the experience of a stable country like Holland. In 1973, a physician gave a
lethal injection to her mother. That became the focus of a national campaign to legalise
assisted suicide. In 1981 criteria for voluntary euthanasia for people with terminal
illnesses were promulgated, and hedged around with detailed regulations to prevent
abuse. In 1982 voluntary euthanasia was made available for people with chronic
illnesses. By 1985 non-voluntary euthanasia was happening 2,3,4. Physicians were killing
people without their consent, either on their own initiative or on the request of relatives. In
1989, infanticide for serious birth abnormalities became permitted. Since 1994,
euthanasia for mental suffering has been allowed, and by 1997, it became clear that
doctors faced no penalties for not obeying the rules.2,3,4

In 2001 euthanasia was bound into law. The law permits 16 year olds to make a decision
for assisted suicide without parental consent. Holland has since lagged seriously behind
other European nations in its delivery of terminal care, and has made infanticide legal.
South Africa is not yet a stable country. In many ways, we are similar to the unstable
Germany of the 1920s. Like them, we have a massive unemployment rate. Like them, we
have just emerged from a warlike state and the severe political violence, which that
spawned. Political assassinations are still common in some of our provinces.
But we are also a people experiencing serious cultural confusion. 80% of our people are
being required to make a transition to modernism in about 80 years. That took most
Western nations over 300 years.

Our police and justice systems are overwhelmed by high levels of corruption and violence.
We are not even able to police the laws governing TOP properly.
It is thus almost certain that our slide down the slippery slope of the increasing abuse of
euthanasia legislation would be faster than Holland’s. And we simply cannot be assured
that legalizing euthanasia in this country would not be used as a tool for political
oppression, which could too easily drift into some form of genocide.

As a profession, it is essential that we oppose every attempt to introduce active
euthanasia in any form in our nation.